There are a lot of things that set San Diego apart from other cities, but two of the most intriguing attractions are its world-famous museums and its architecture that is designed in the Spanish Colonial style.

Because there are many tourist attractions, ranging from museums to parks, in addition to restaurants that are extraordinarily well kept and offer the finest examples of cuisines from around the world.

In a nutshell, San Diego maintains your interest for the entirety of your journey. San Diego is a good place for business. So if you are going there on a business tour, then here is how to get your business visa for US.

The USS Midway Museum features more than sixty different exhibits and twenty-five aircraft that have been restored. It has been in service longer than any other American aircraft carrier.

You will go on a self-guided audio tour, during which you will get to visit a variety of different areas of the ship, such as the engine room, the ship’s jail, the flight control center, and many more.

It is recommended that you arrive early in order to avoid the crowds and long lines for purchasing tickets, as it is widely regarded as one of the top tourist destinations in San Diego.

Mission Beach extends for close to two kilometers along the water’s edge. People typically come to this beach to sunbathe, take long walks, and engage in activities like cycling and skateboarding.

This beach is an ideal location for surfing. This location is home to the internationally renowned Belmont Park. It is still considered to be one of the best tourist destinations in San Diego, California.

In addition, fantastic meals may be had at any of the neighboring restaurants, as well as at any of the food stalls or stands located throughout this area.

When compared to Mission Beach, the waves of Coronado Beach are more subdued. In the surrounding area, you will also come across the ancient “Hotel del Coronado” as well as other exquisite houses.

Visit this hotel if you enjoy ice skating, as it has a rink for guests to use during their stay. At this beach, you can also participate in a game of sand volleyball. It is widely regarded as one of the best sites in San Diego to take in the sights.

Here you can check how to get your US visa for Portuguese citizens.

The vista from Point Loma is just breathtaking, taking in both San Diego and the ocean beyond. It is the location where Juan Rodriguez Cabrillo first set foot in the New World, and the Cabrillo National Monument tells the tale of his voyage.

He is credited as being the first traveler from Europe to arrive in California. The Old Point Loma Lighthouse Building is available for tours at this location.

Sunset Cliff is the spot to go if you want an experience that will leave you speechless during the sun’s descent towards the horizon.

It is recommended that you arrange your visit to Sunset Cliff on a weekday rather than on the weekend if you want to avoid the crowds at dusk. It is widely regarded as one of the finest locations in all of San Diego for scenic views. 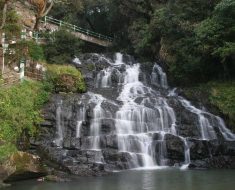 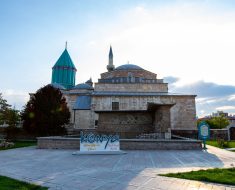