When winter comes, the interior regions of Turkey, including the center and the east, are covered in a thick layer of snow.

By the way, here are some of the less famous but tourist-oriented cities in Turkey.

For example, two regions have capitalized on the popularity of their winter wonderland vistas by becoming popular tourist destinations.

People travel all the way to Cappadocia, which is smack in the middle of the country, and Kars, which is in the far northeast of the country just to take pictures of the snowy terrain there.

To visit Turkey from the rest of the world, you need to get a visa. Here you can check Turkey visa FAQ.

Kars is a popular starting point for winter adventures around Turkey. In recent years, this once sleepy city in Turkey’s far northeast has developed into a popular tourist destination, particularly during the winter months.

It is the closest place to stay in when you want to launch yourself off on trips to Lake Alder and the many other tourist destinations of the northeast, which is a large part of the reason for its surging popularity.

Ani, a UNESCO World Heritage Site that is fascinating to explore year-round but looks especially magnificent when its monuments are covered in snow, is the top attraction in the region.

Ani, which is located on a high plateau and is right up against the border between Turkey and Armenia, was formerly a significant trading route town and later in the 10th century became the capital of the Armenian kingdom.

The Byzantines gained control of this commercial hub in 1045, but it was afterward held by the Seljuk, Georgian, and Kurdish armies before the Mongols arrived in 1236 and took over completely. This conflict lasted for a full two centuries.

A massive earthquake in 1319 marked the beginning of the city’s decline, which was sealed by a change in trade routes later in the century, leading to the site’s eventual abandonment.

The magnificent church ruins and other monuments that formerly stood in Ani are now dispersed across the plateau. There are ruins from when it was ruled by the Seljuks, but many of the buildings that are still standing date back to when it was at its most prosperous and served as the capital of the Armenian Kingdom.

The city of Kars itself contains a castle as well as a couple of old mosques, in addition to some excellent architecture from the 19th century that was left over from the time when the town was controlled by the Russians.

It is well recognized for its culinary scene, and the colder months are an ideal opportunity to indulge in the city’s trademark meal, which is a roast goose dish.

Fewer Crowds in Istanbul for a City Break

Although it is possible to enjoy a city holiday in Istanbul at any time of the year, there are a few particularly compelling reasons to visit the city during the winter months.

From November through March, hotel costs go into a significant decline, which means that you may be able to find a fantastic deal on a place to stay during this time of year.

This is also the time of year when there are significantly fewer tourists in the city, which means that you will be able to tour Istanbul’s most famous landmarks, such as the Topkapi Palace and the Hagia Sophia, without having to deal with the overwhelming number of people or the long lines that are typical during the summer.

It is a good time of year for photographers since the big mosques located in Istanbul’s ancient old town district – in Sultanahmet and surrounding the Majestic Bazaar – look extremely gorgeous when their grand domes are covered with a sprinkling of snow. The Grand Bazaar is also located in this area.

The presence of a vibrant street food scene in the city during the winter months is an added perk for those interested in gastronomy.

This is the time of year when street vendors all over town begin offering sahlap, which is a hot milky drink produced from orchid tubers, and roasted chestnuts, which are the ideal foods to snack on during a chilly afternoon spent seeing Istanbul’s various tourist attractions.

Lake Abant is a lake in northwest Turkey that contains freshwater and is located 39 kilometers south of the city of Bolu. Here you can check how to get a Turkey visa for US citizens.

It is encircled by a dense pine tree forest. The lake has a surface area of slightly more than 1.2 square kilometers and may be found in the middle of a national park at an elevation of around 1,200 meters.

It is a year-round destination for people who are looking for an escape into nature due to the availability of walking trails that loop around the lake, as well as bike riding and horse riding on the trails.

Photographers, on the other hand, swarm to this location in the winter to take pictures of the winter wonderland vistas while strolling around the lake.

During the depths of the winter season, the entire surface of the lake freezes over, and the needles of the pine trees take on a white frosty appearance, transforming the surrounding landscape into a breathtaking snowy panorama.

Because of its location in the middle of the distance between Istanbul and Ankara, this is one of the most convenient places in Turkey to go in search of winter landscapes.

Visit the Ruin Coast in Winter

The months of July and August see the greatest influx of tourists to Turkey’s shore; however, if you want to avoid the crowds that are sure to be present at Turkey’s most well-known archaeological sites, plan your trip during the winter months.

Even though it is the middle of winter on Turkey’s Mediterranean and Aegean beaches, there are still plenty of days with clear blue skies. Of course, you will need to bring warm clothing with you.

Even if the snow will not be an issue at the coast because it only has a mild winter, you still need to be prepared for rain, so do not forget to bring an umbrella.

During the winter months, many smaller resort towns along the coast, where tourism is focused on sun-and-sand vacations, almost completely shut down shop.

On the other hand, larger towns and cities such as Fethiye and Antalya, as well as towns where the tourism focus is on archaeological attractions, such as Selcuk, offer plentiful accommodations throughout the year.

During the months of November through March, room rates at the vast majority of hotels are drastically reduced, which adds an additional financial benefit to a winter stay.

Even though it may not be as well-known as some of Turkey’s other ski resorts, Sarkamas is nevertheless considered something of a well-kept secret among those who like participating in winter sports.

Sarkamas is located 55 kilometers to the southwest of Kars and is particularly revered among its admirers for its great powder snow. Skiers who frequent this region claim that the snow conditions here are the best in all of Turkey.

The fact that it has such a long ski season, which typically begins in early December and lasts until April, is another reason why it is such a popular resort throughout the winter.

There are three linked lifts and four lengthy pistes that are bordered by a dense pine forest.

The terrain is suitable for beginners all the way up to advanced snowboarders and skiers, and the resort area features five hotels in addition to complete ski and snowboard rental services. 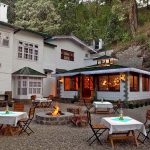 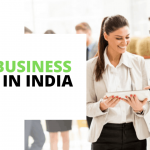